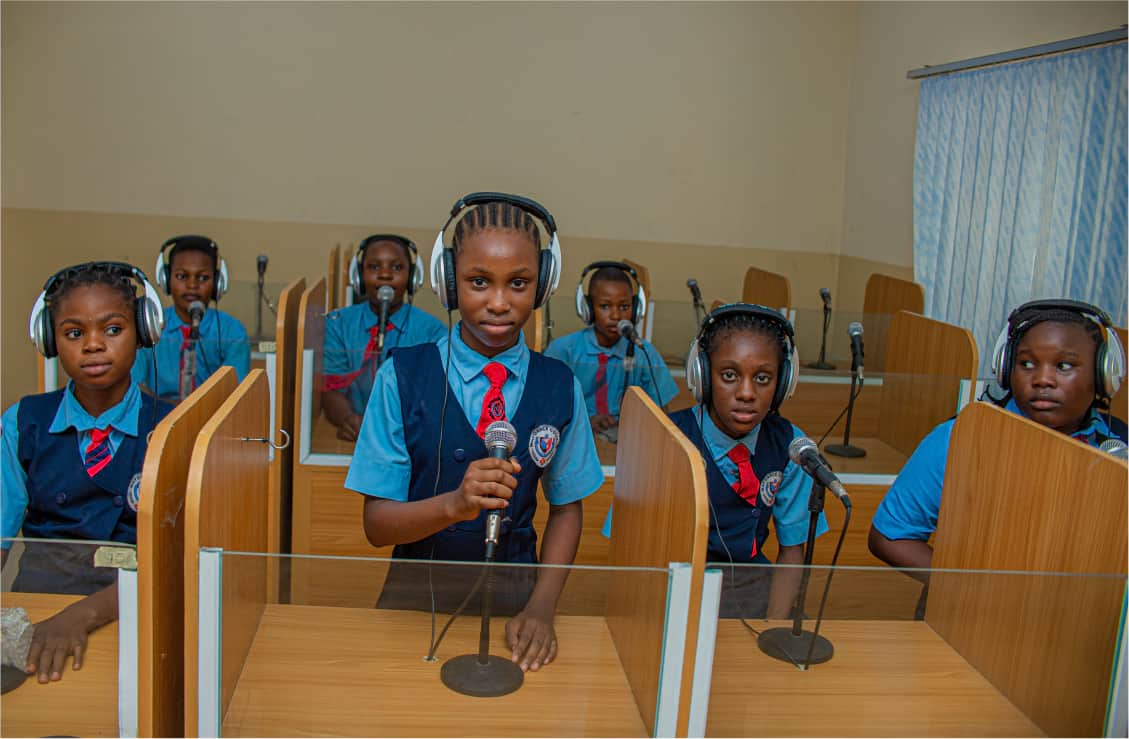 Maygrace International Schools comprise the French School and the English Language School. French is not just taught as just a subject, rather, French is being handled as a school, the same way English is being handled in most conventional schools. By implication, during French school hours, your ward will be taught English, Mathematics, Civic, etc in French.

As a result, our pupils start to speak, read and write the French Language from the 1st Grade.

The school has opened its well-equipped language Laboratory. This is an uncommon feat. The oral French and Oral English languages are being taught in this laboratory by language experts. The constant attendance of pupils in the laboratory further helps the pupils to pronounce the words in English and French Language correctly.